For performing a specific task in the real world – like controling a vehicle – an algorithm need to get trained beforehand. But you need to optain extensive data for the training of the algorithm. For security-critical tasks this data should be close to reality. It is for this reason that you use real street scenes, but that also means that you have to capture them by driving through various road traffic scenarios.

A software was developed in the project Mixed Reality Scene Generator, which shall offer a approach to solve that problem. The idea behind the project was, that you can change recorded street scenes, so that you can use the new generated scenes for training. Therefore a software was imlemented, which can load stereoscopic images and create point clouds out of them. Afterwards you can add objects like 3D models into the scene.
An additional feature of the Mixed Reality Scene Generator is, that you can import and export the point clouds to use them in other programs. 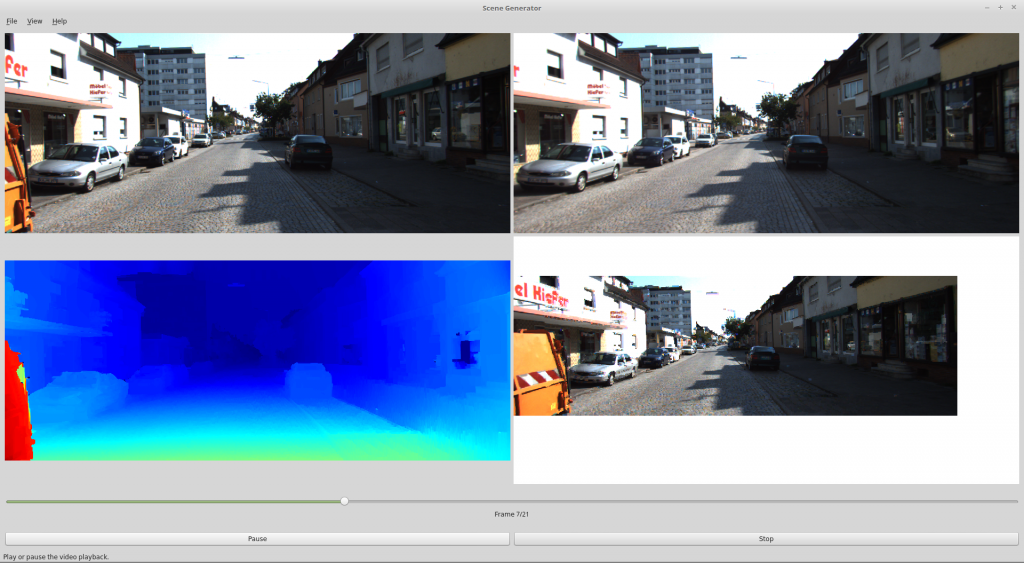